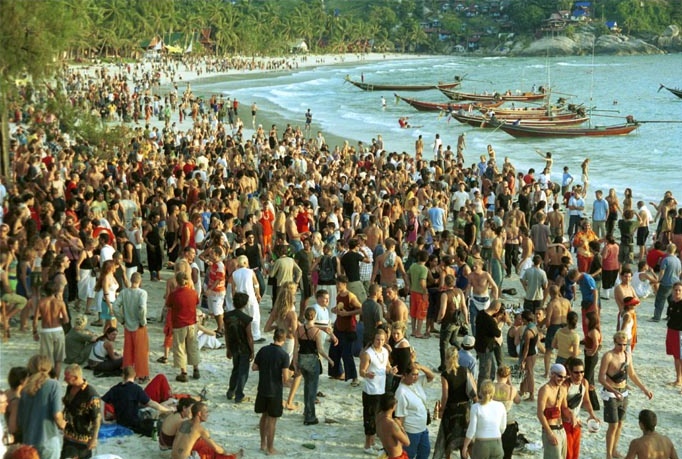 Gleaming white church steeples peeping out from the top of vast expanses of the green canopy of palm trees is a common sight all across the landscape of Goa. Most of these churches are the remnants of centuries of evangelisation which bears eloquent testimony to the energy and enthusiasm of the various monastic orders established under the Portuguese rule.Every village and town in Goa has its own church or chapel. And throughout the year, the annual feast of some local church or the other is celebrated somewhere in Goa.

Some of these feast are very small, attended only by the local villagers. Others like the Feast of St Francis Xavier attract thousands of visitors from all over the world. And like some of the Hindu festivals which are attended by Christians, the Christians festivals too attract Hindu devotees in large numbers.

Celebrated in the first week of December, the feast takes place at Old Goa. Thousands of vendors set up their stalls all long the route through Old Goa and on the day of the feast, millions of visitors from all across the world make their way to Old Goa to participate in the morning mass.

There are many other feasts in Goa which have become famous around the world for their uniqueness. These include the Three Kings Feast and The Procession of Saints. With the majority of the population being Hindu, scores of festivals are celebrated in Goa all around the year. Despite the long period of Portuguese colonisation, the Hindu festivals have retained their unique Goan character and are celebrated with deep fervour all around the state. All these festivals do not occur on fixed dates of the calendar year, since they are actually based on the Hindu calendar.

In Hindu mythology, Goa is called the land of the Gods and with good reason. There are hundreds of Gods and Goddesses with differing names, tastes, rituals and traditions worshipped around Goa. Most of these have remained unchanged over the centuries while others have adapted to the changing times and circumstances.

Quite a lot of the Goan festivals are actually Jatras (Feast) of the local or family deity celebrated at the Devasthan (temple) of the God or Goddess. It is a festive and colorful occasion in the temple complex with thousands of devotees taking part in the celebrations and the palakhi (palanquin) procession.

This worship and participation in the festival of the deity forms an integral part of the Goan Hindu culture. Interestingly a number of these Jatras, are attended in large numbers by members of the Christian community to seek the blessing of the deity. This unique example of communal harmony is best seen at the Fatorpa temple of Goddess Shantadurga.

Other festivals like Dussehra, Diwali and Holi are the same as those celebrated around India but with the characteristic Goan flavour. The Goan Hindu community mainly celebrates Ganesh Chathurti, Gudi Padwa, Diwali, Dassra (Dussehra), Holi, Rakshabandhan, Ramnavmi and Krishnajanmashtami.

Chovoth (Ganesh Chaturthi), undoubtedly, is the ‘numero uno’ festival of Goa. Celebrated around August or September, it sees the return of most Goans to their native place of birth or their ancestral houses to join the entire family for the occasion. Most towns and cities in Goa wear a deserted look as Goans return to their native places in the hinterland.

Diwali, the festival of lights is celebrated all over India. Its roots go back to the time when Lord Ram killed the demon king Ravan. Ram was welcomed in his hometown Ayodhya by a celebration of crackers and lights. In northern India, the festival ends when an effigy of Ravan is burnt with an arrow of Ram.